Because my dwarf puffers don’t wake up early enough in the morning to eat the mosquito pupae that rocket out of the gravel to shrug off their wormy skins to take to the freedom of the air…and the torture of my family.

This isn’t anthropomorphising the puffers, by the way…they really sleep, as in not moving and being unresponsive to visual stimuli (considering they usually rush up to the front of the tank and start swimming up and down when I stand near it). Miss Piggy sleeps in the lower right front corner, Hansel sleeps in a snail shell, Gretel sleeps on top of the plants, and Turtle sleeps behind the plants. It’s kind of cute, but the upshot of it is that we have a serious mosquito problem. I found out that you can’t see the mosquito larvae in an aquarium with substrate, unlike in, for instance, a bathroom cistern, because they bury themselves in the gravel. Even vacuuming the gravel didn’t get rid of them. 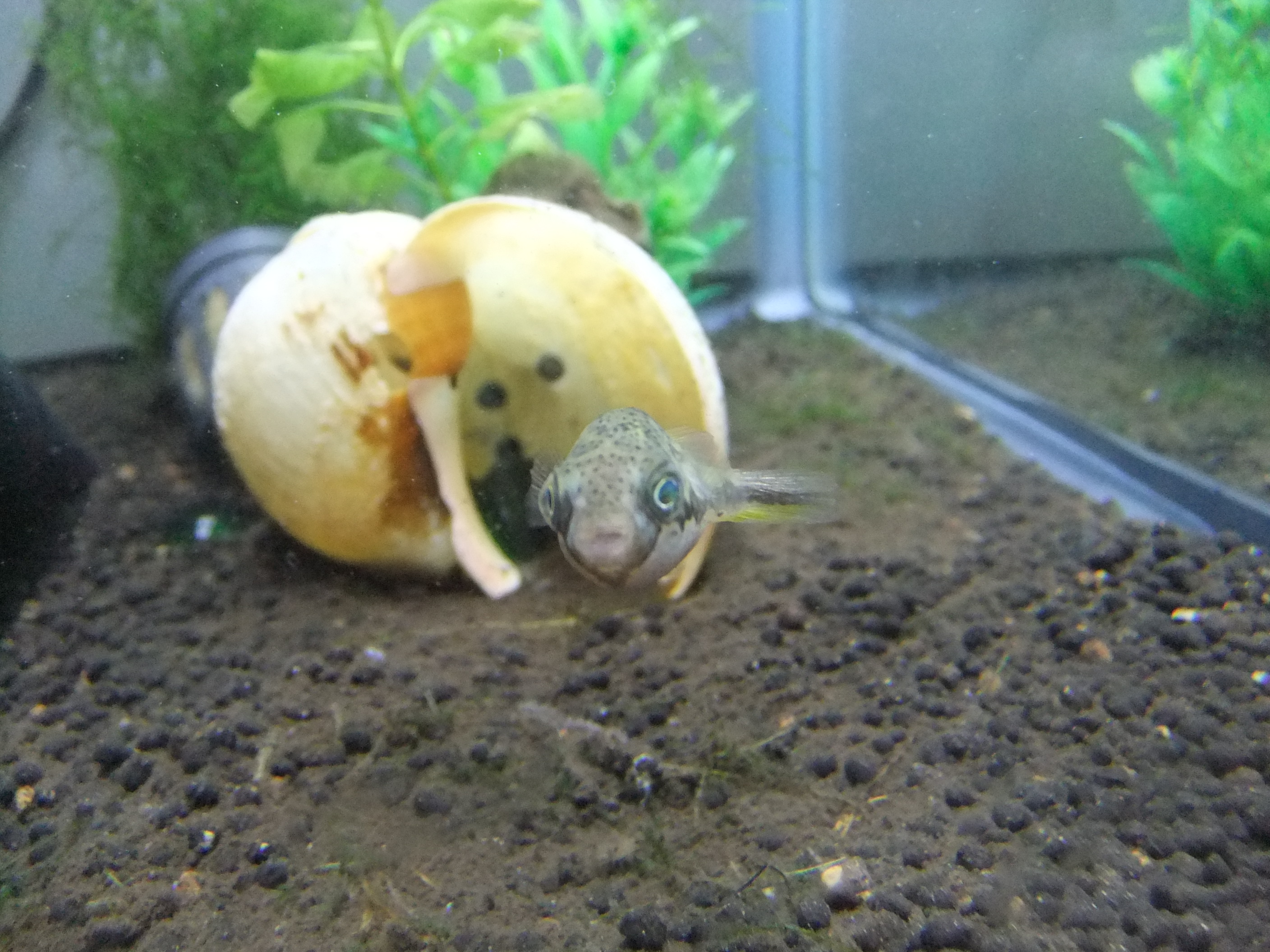 Mosquito eggs and pupa skins. I don't know what species they are; only that they're not Aedes albopictus. Anybody got a clue?

From the local hardware store 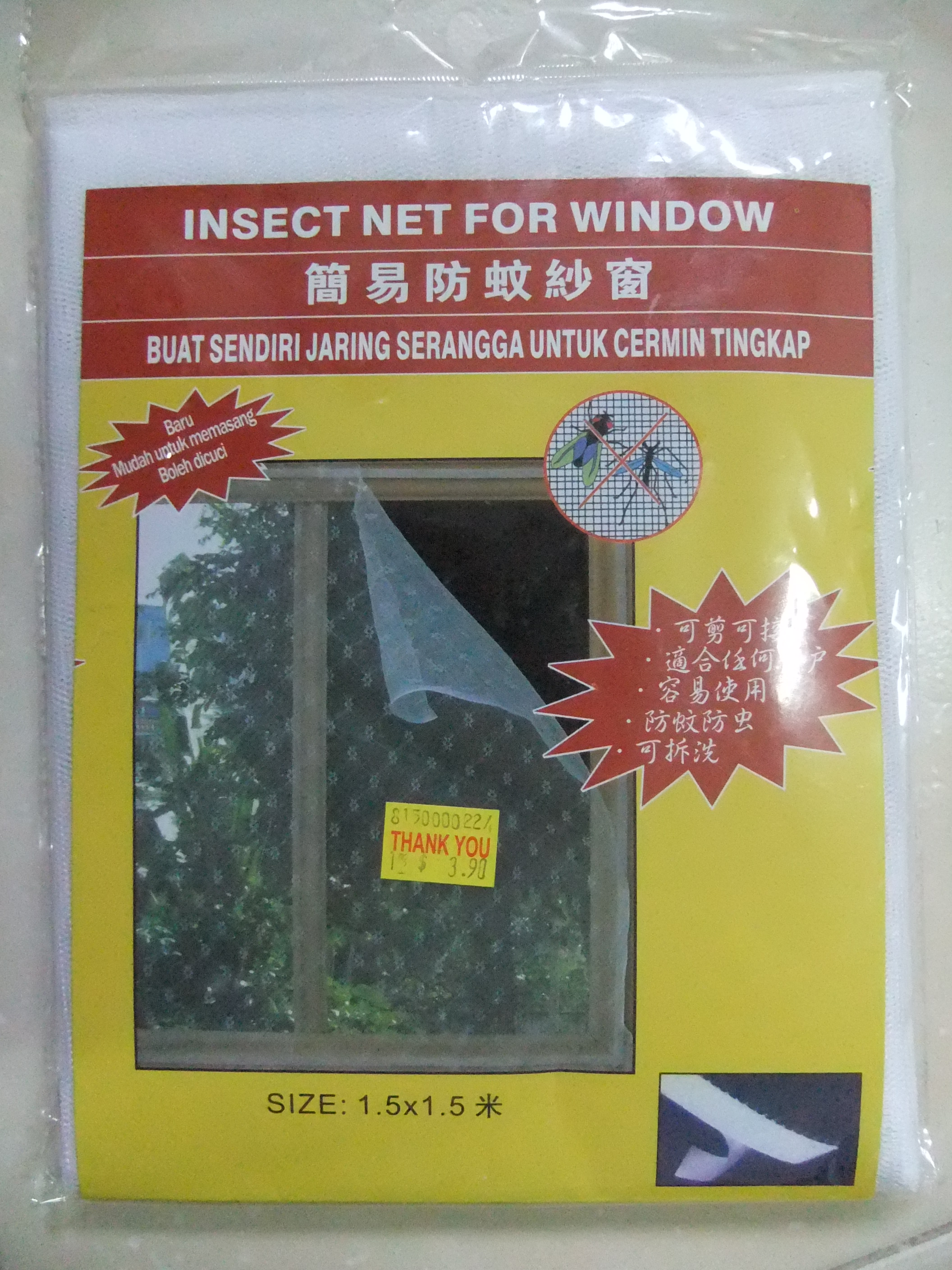 The SGD 3.90 kit includes a generous roll of velcro tape. Not bad eh? 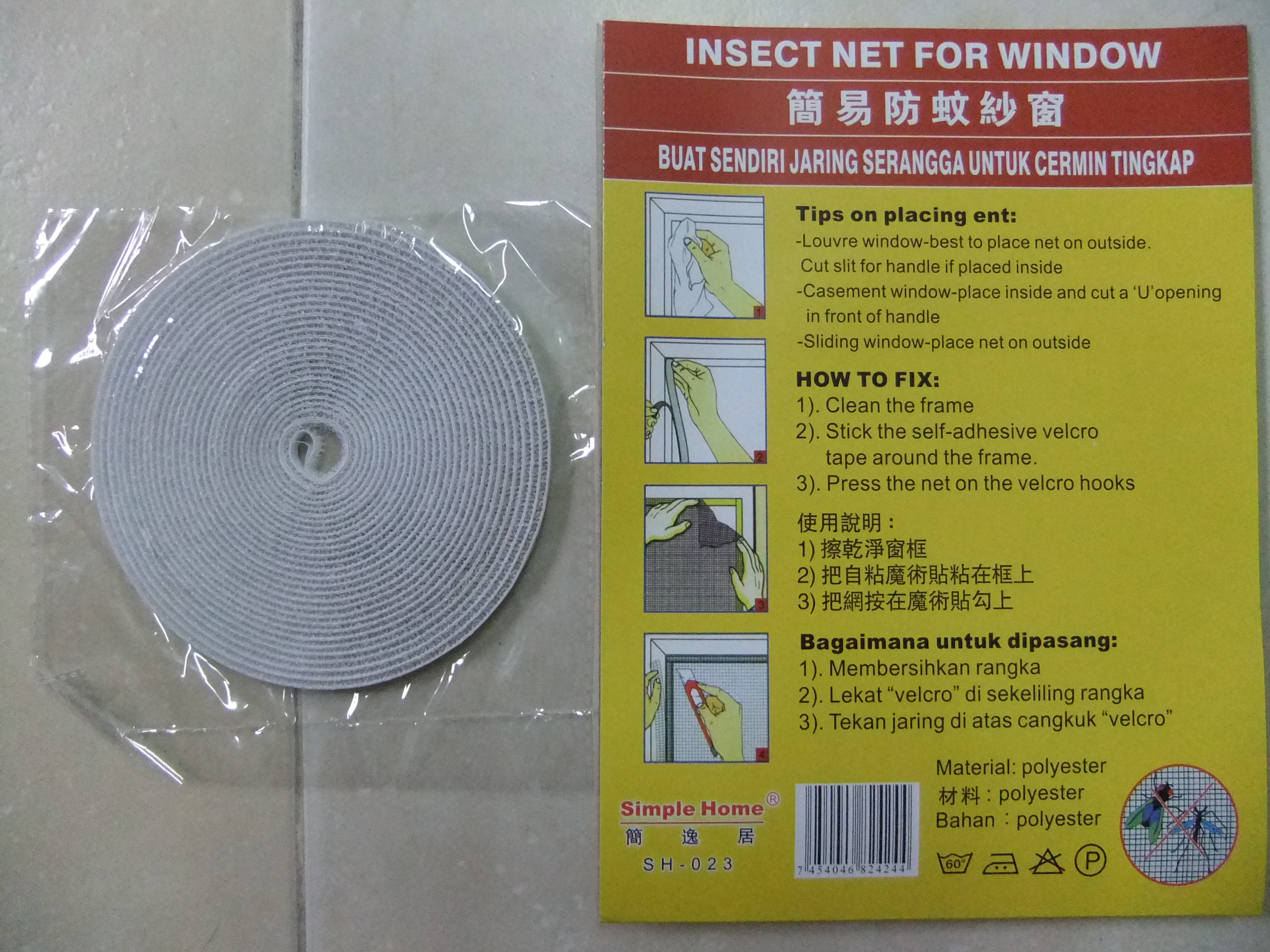 Tape on the sides and top of the hang-on filter. I wanted to include the filter in the protected zone because when I searched for “mosquitoes in aquarium” some people said they had found larvae in their filters! So much for the pedantic claim that mosquitoes only breed in stagnant water. I think people are ignorant that there are hundreds of mosquito species in the whole world and several in most tropical countries. 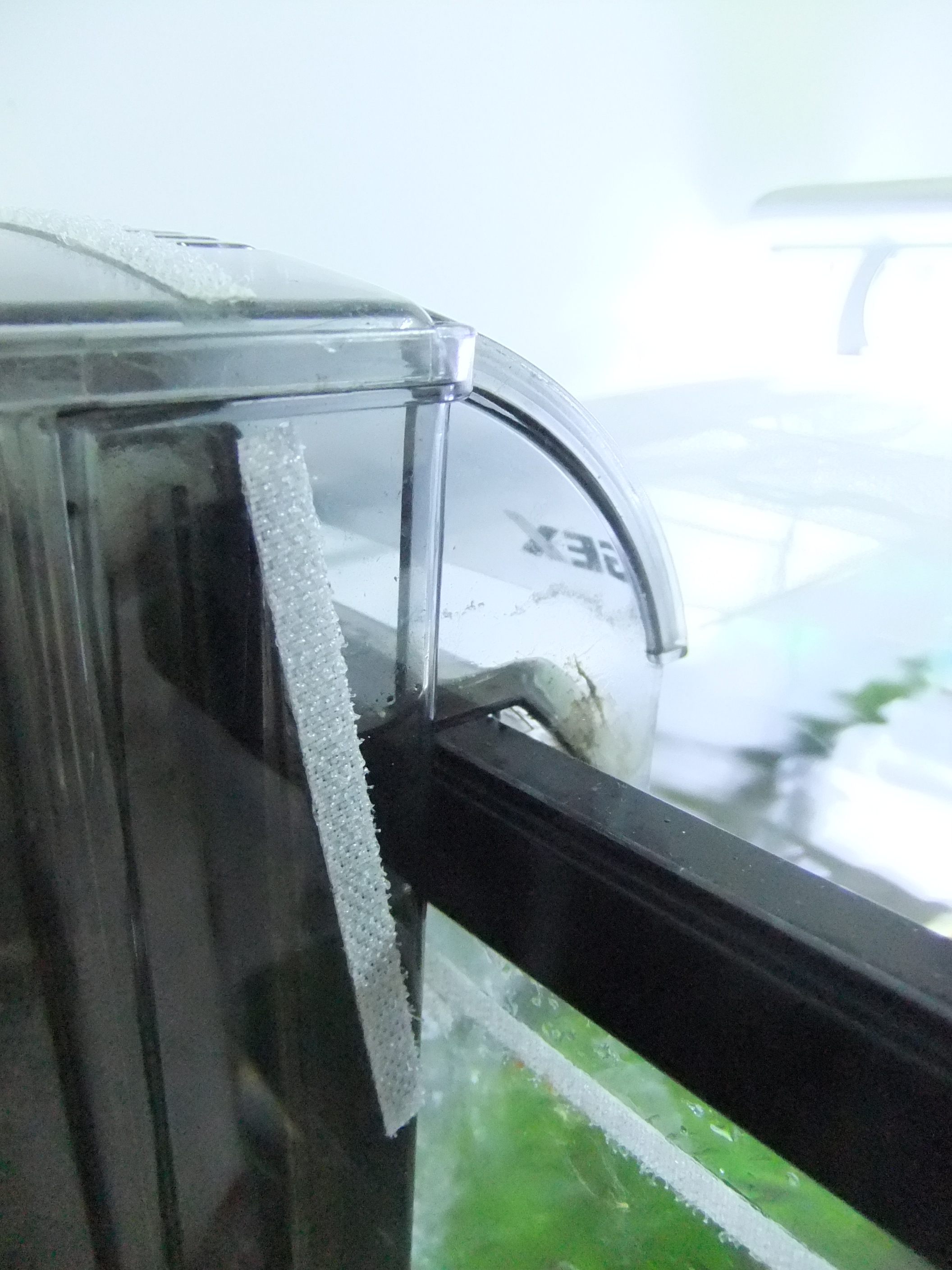 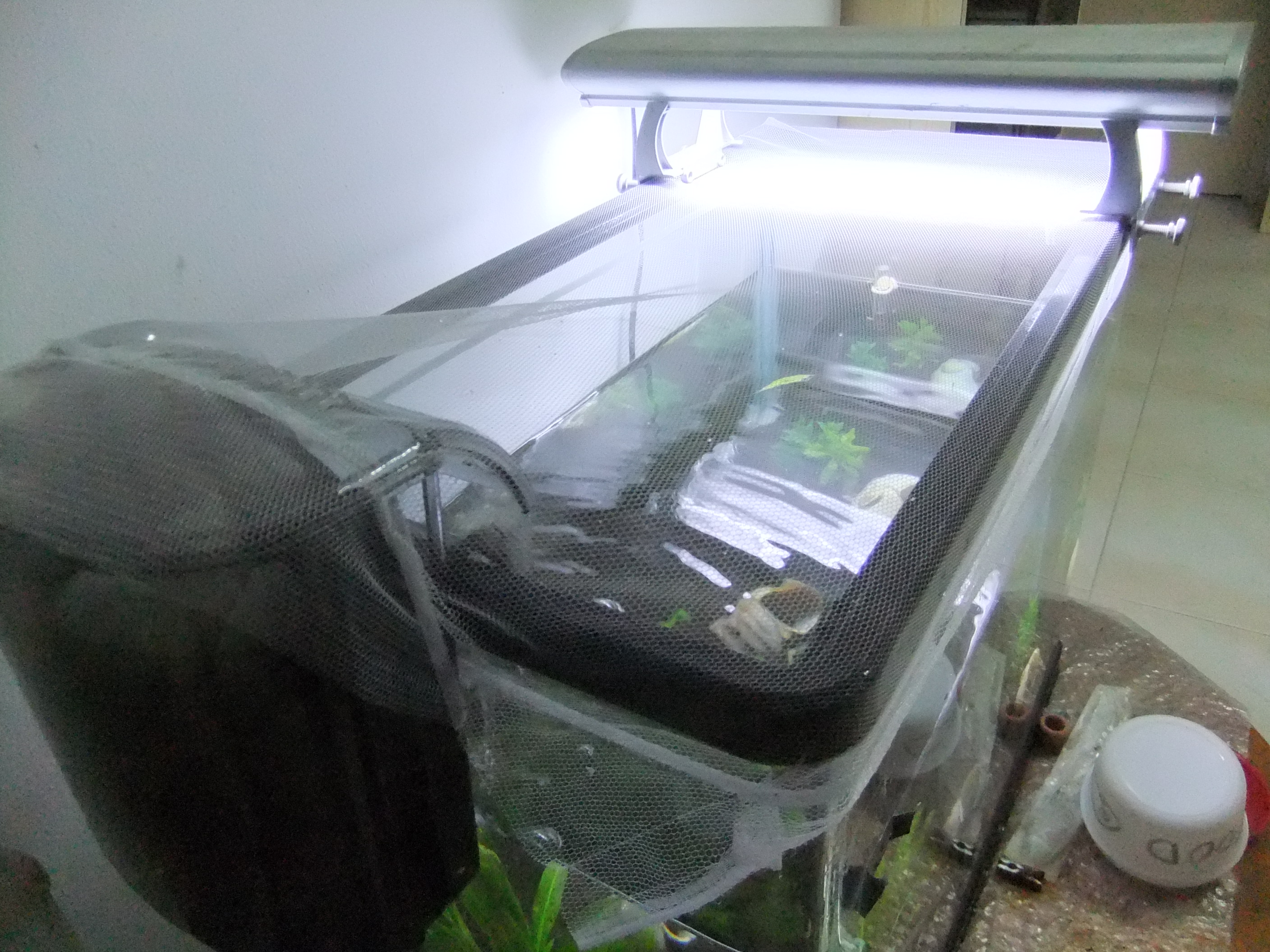 This entry was posted in Uncategorized and tagged aquarium, DIY, fish, pets, vectors. Bookmark the permalink.