Bintan by Bike: getting there 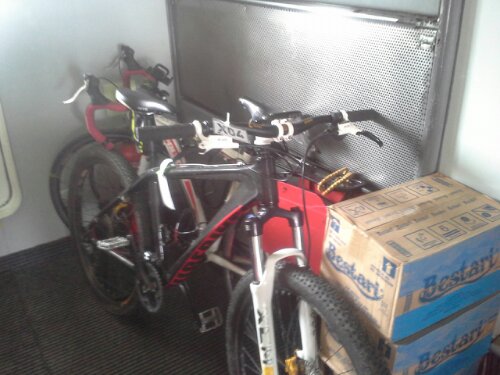 “Hi, I called yesterday and made a reservation. Can you give me directions to Ocean Bay please? I’m cycling from Tanjung Pinang.”
“You go out of the ferry terminal, go left, and straight all the way.”
Considering Pantai Trikora is literally on the opposite side of Bintan from Tanjung Pinang, and stretches up and down most of the east coast, that’s not a terribly precise direction.

“Erm, what’s your address? Like, road number, or,” – a flash of inspiration – “batu apa?” Batu is stone in Malay, but in the context of navigation, it means milestone.
“Batu tiga lapan. Km 38.”

So Google Maps, with its typical nonchalance toward developing countries, gives the correct address in text but puts the placemarker at the horrid artifical Nirwana Resorts, which I’d known couldn’t be right because Nirwana is in the northwest – naturally, the nearest point to Singapore. I’d been there a few years back on a company trip, before my supervisor and other non-crazy new staff got hired. Somehow when Toady Senior Scientist organised another similar trip last year, all the new staff were otherwise engaged that weekend.

Cousin Judoka, whose idea this had all been, decided to crash at my house the night before. Before she arrived, I had spent 45 minutes futilely trying to fit my rear cargo rack on Mr Potato’s Polygon Heist before it occurred to me to ask a couple of friends who had actually been cycling in Bintan whether a mountain bike was strictly necessary. One of them pointed out that the Tour de Bintan is held there annually. Then I spent another half an hour putting the rack back on my Helios and greasing everything (apparently some ferries just leave your bikes on the deck so they kena a lot of salt spray).

True to form, Judoka and I only managed to make it out of my flat about 45 minutes after my planned departure time. Then she realised she had left her maps in the bedroom Dormouse and I share, so we turned back to get them. Then it started pouring.

Then I checked my phone and realised the ferry we needed to take was the 09:20 Berlian, not the 08:20 Indo Falcon which doesn’t accept bikes, so we could go back inside and eat my homemade palm tree-flavoured granola (dates, gula melaka, and coconut flakes). 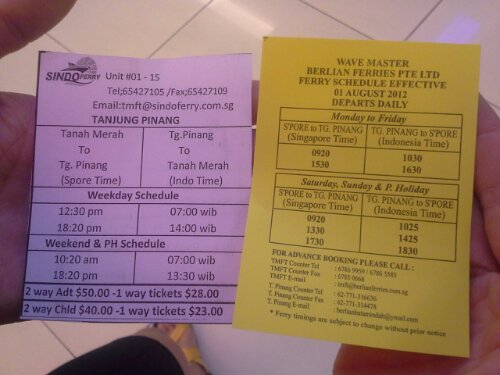 However, one thing led to another and we ended up leaving my house at nearly 8 even though it had stopped raining earlier. It takes almost exactly an hour and twenty minutes to cycle the 26 km from the Commonwealth neighbourhood to Tanah Merah Ferry Terminal on a heavily-laden bicycle. This kind of thing makes you realise how BIG East Coast Park is; reaching ECP does not constitute “almost there”. However, Judoka and I share the view that holidays are for relaxing (unless you need to catch a plane, or the last bus going back to Penang for Chinese New Year), so we bought the 12:30 Sindo Ferry instead, had some iced tea, and puttered back to East Coast Park for a while. We saw a cool wasp digging two nests. 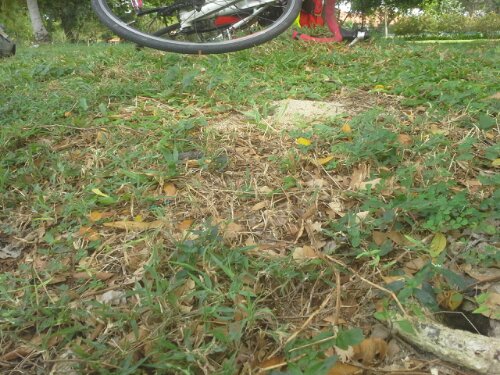 I also changed into a skirt for the ferry ride because I don’t like the tight thigh cuffs on bike shorts. People worry about exposure with skirts and roadies, but the thing is, as long as your seat is higher than your top tube, the skirt hangs down okay. Just make sure any dirty old men aren’t flanking you on the dismount.

Anyway, we got back to the terminal at 11 to check in our bikes as instructed. Something important to note, each ferry can only take a limited number of bikes (in the case of the 12:30 Sindo, only THREE) so this is where it becomes necessary to book ahead especially if you’re a big bunch of cyclists. 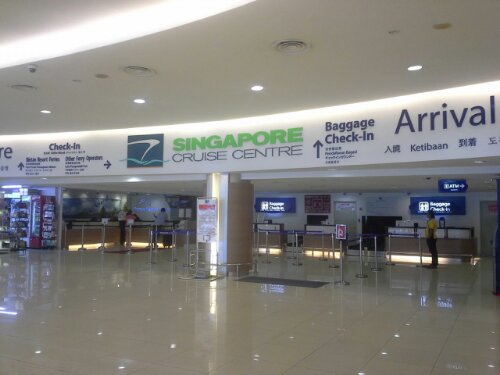 Been having a frustrating few weeks since my supervisor and teammate left…we all quit around the same time, but they got hired later than me after contractual notice periods changed from 3 months to 1. All kinds of silly nonsense (as in, more bullshit than normal) has been going down the last few months and everybody is acting like a beheaded chicken.

It’s the kind of thing that makes you want to shout at people, which is a surprisingly common behaviour among professionals here, but just as easily backfires if used unwisely. Like the time the project manager at my company lost her temper with the Agri-Food and Veterinary Authority over the bureaucratic runaround they were giving us over a CITES import permit, and was notified the next day that we’d been selected for a “surprise inspection” of our contractor’s USDA export permit.

Anyway, that’s all back at the lab…and I realised I only have two more partial weeks and 3 full weeks left before my three-month notice period crawls to a close. More importantly, we’re on holiday. Now… 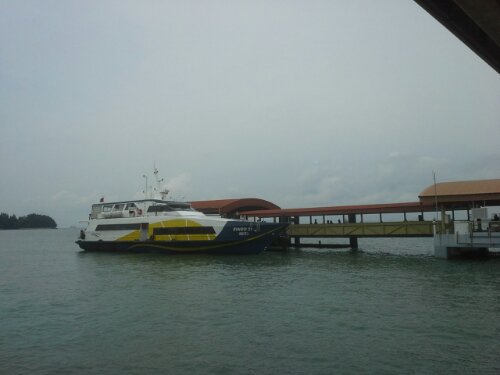 This entry was posted in Uncategorized and tagged cycling, family, SEAsia. Bookmark the permalink.

1 Response to Bintan by Bike: getting there