One of my local colleagues, a regulatory affairs specialist who favours maxi skirts with interesting patterns, was complaining the other day about how much it had rained this year. “I’m getting so sick of it…ugh, I just want it to stop.”

I didn’t have the face to tell  her that the soggy lawns and flooded underpasses were my fault.

Another guy exclaimed, “It’s never this green! By late summer everything should be brown!” They said this is really a desert, trees and carefully-watered lawns notwithstanding. I don’t think I could cope in a desert. I come from a land of dense, saturated green. I was afraid I’d miss the monsoons of home, or even the summer thunderstorms of the US Midwest where I lived for a while.

So in the last few weeks before leaving last year, I went up to the top of my high-rise government housing block and stretched out. It was a bit hard to reach because September isn’t really rainy season, so the clouds weren’t that low. But the slow breeze eventually blew one against my fingertips, and I drew it down wisp by wisp, like spinning wool by hand. I had to cup it very carefully between my hands as I walked down the twenty-seven flights of stairs to my flat in case the air currents in the stairwell snatched it.

I put it at the bottom of my suitcase and laid a pair of jeans on top to weigh it down before stacking the other rolled pieces of clothing like normal. I wasn’t too worried about it striking against something and breaking; obviously clouds aren’t brittle. But I don’t really know anything about their stability. If it had started raining in the middle of the flight it could have been anywhere from awkward to disastrous.

Every time you enter the US, Customs and Border Protection makes you fill out a form declaring if you’ve brought in any agricultural products (meaning pretty much anything edible), large sums of cash, and so forth. The last time I was honest and declared a packet of bak kwa from a visit to China, they seized it, so the next time I brought some bak kwa from home filed discreetly in a document folder among printouts of scientific papers.

How does one declare a cloud? It’s not an agricultural product; it’s an agricultural input. It’s not soil; it’s the opposite of soil. It’s not money; you can’t buy clouds but they say someday soon we will be fighting wars over water. So I didn’t declare it.

When I opened my suitcase, it was gone anyway. I thought it had evaporated somewhere in the long, deadening flight over the Pacific Ocean.

But I think the cloud found the West to its liking. This year, I saw the desert bloom and I like to think it was because of me. 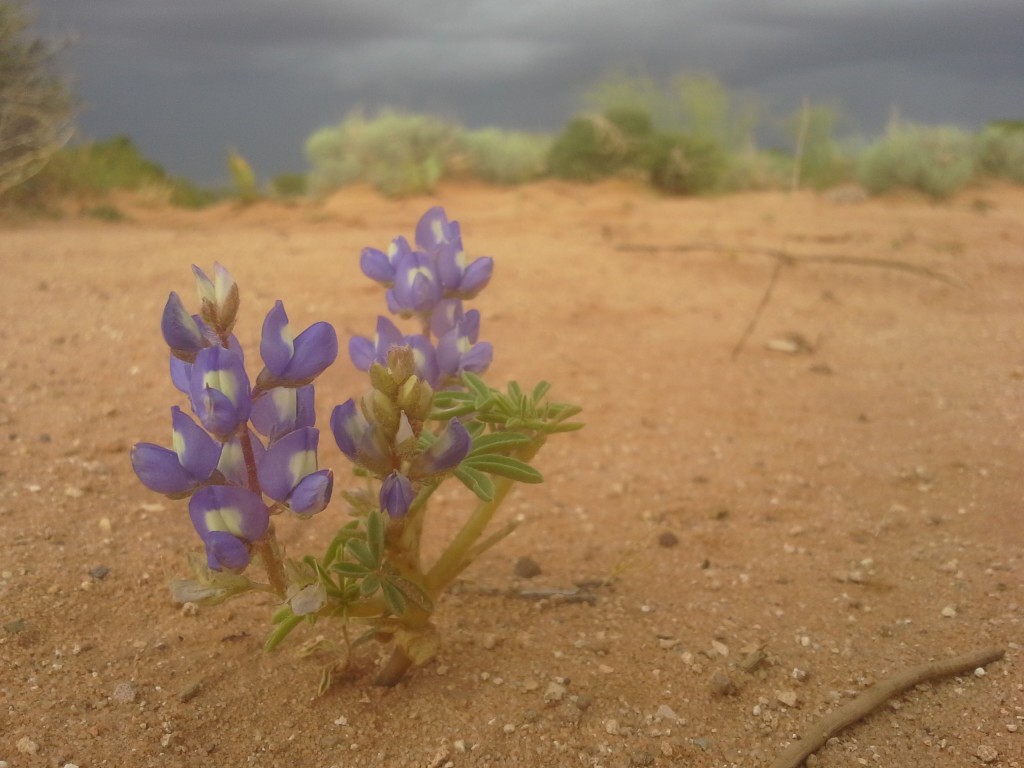 This entry was posted in Uncategorized and tagged fantasy, fiction, just me, nature, outdoors, travel. Bookmark the permalink.