We’re supposed to be validating some plaque and immunofocus assays from our USA side soon, and hopefully streamlining them as well as the overlay media sound like they’re from 1950s virology (yeast extract, WTH?). My supervisor found himself at a loose end the other day and decided to try cooking up different concentrations of carboxymethylcellulose and Avicel (brand name for proprietary blends of CMC plus insoluble cellulose) in the autoclave. CMC has been around for a while but Avicel, usually used in oral medicines and foods, came to virologists’ attention with this paper full of pretty pictures of flu immunofocus plates. 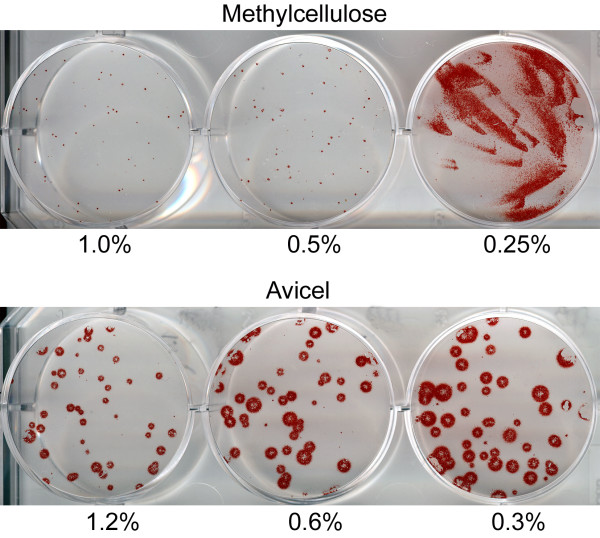 “I always expect Avicel to be white and lumpy, but the CMC looks….caramelized.”

The higher concentrations of Avicel were crumbly, whereas the CMC was an immobile gel with nasty burnt bits around the chunks that hadn’t been completely suspended. One really wouldn’t think, intuitively, that a 2% solution of anything in water is enough to turn it into a solid, almost, as I said, crunchy, mass. Long chain carbohydrates are pretty amazing, but maybe I’m easily entertained by silly crap because I’m not a chemist.

Tilting one of the CMC bottles back and forth, I recalled something from its glossy wet shine. “D’you know what they make out of CMC?”

“In case you’re wondering why it looks familiar.”

“I never had to use that stuff.”

At this point I started blushing because my supervisor’s wife is also our VP for clinical development…remind me not to try to out-embarrass him any more.

This entry was posted in Uncategorized and tagged funny, science, virology. Bookmark the permalink.